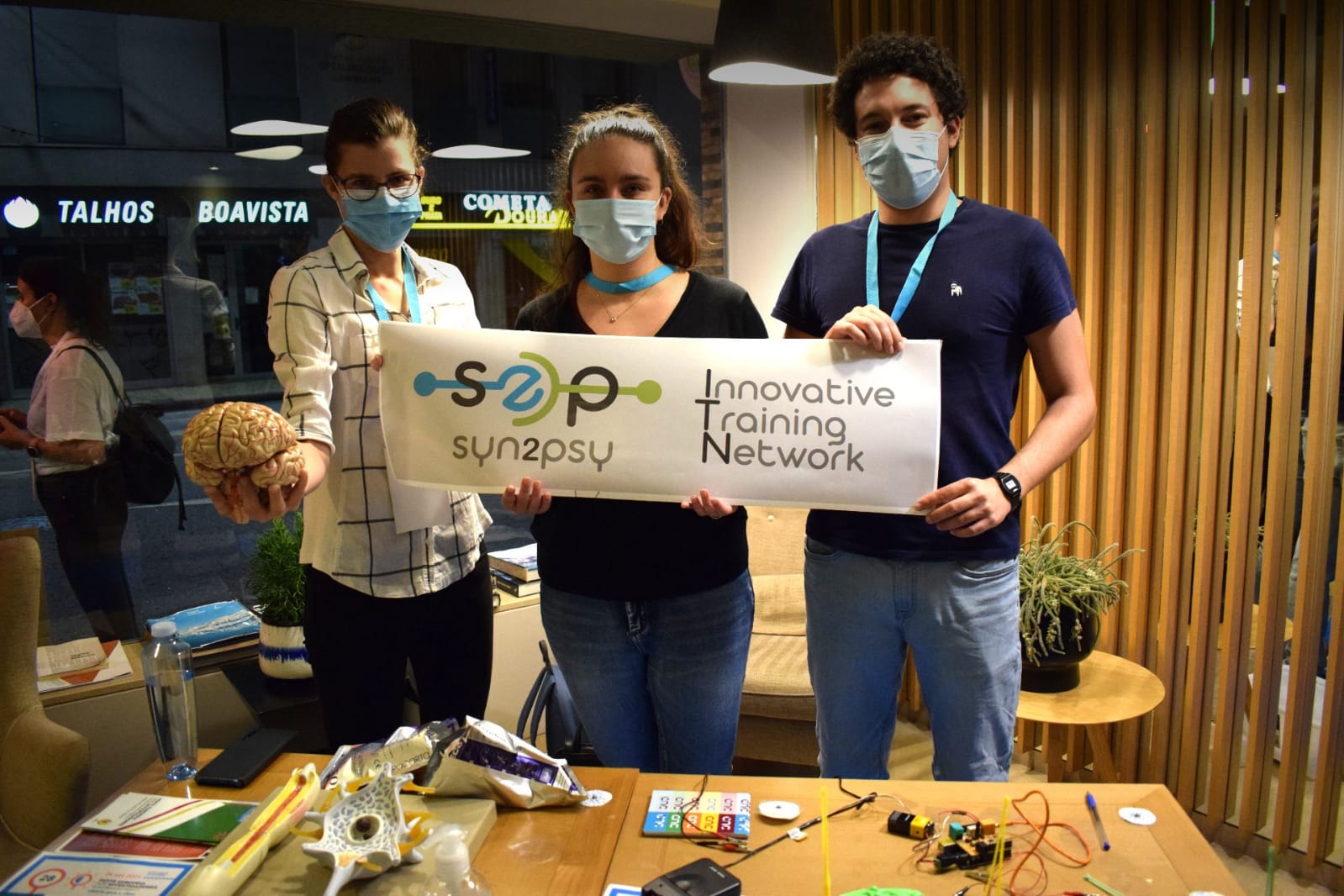 European Researchers’ Night 2021 was celebrated on September 24th under the topic Science for Climate. Syn2Psy ESRs Elisa Corti, Giuseppe Cammarata and Orsolya Antal joined the initiative with activities that create awareness about the influence of the physical environment on mental health and that promote knowledge about Neuroscience.

The ESRs developed a True or False game with facts that relate the environment with mental health. The game was a starting point for informal discussions about the role of nature in the prevention of several mental disorders.

Furthermore, the ESRs made use of the electrophysiology setup of Backyard Brains (human-human interface) to develop a hands-on activity that allowed the public explore neuroscience concepts, such as the communication between neurons through electrical signals.

This was a fun experience and an excellent opportunity to create awareness about mental health and to contribute to the improvement of the population’s scientific knowledge.