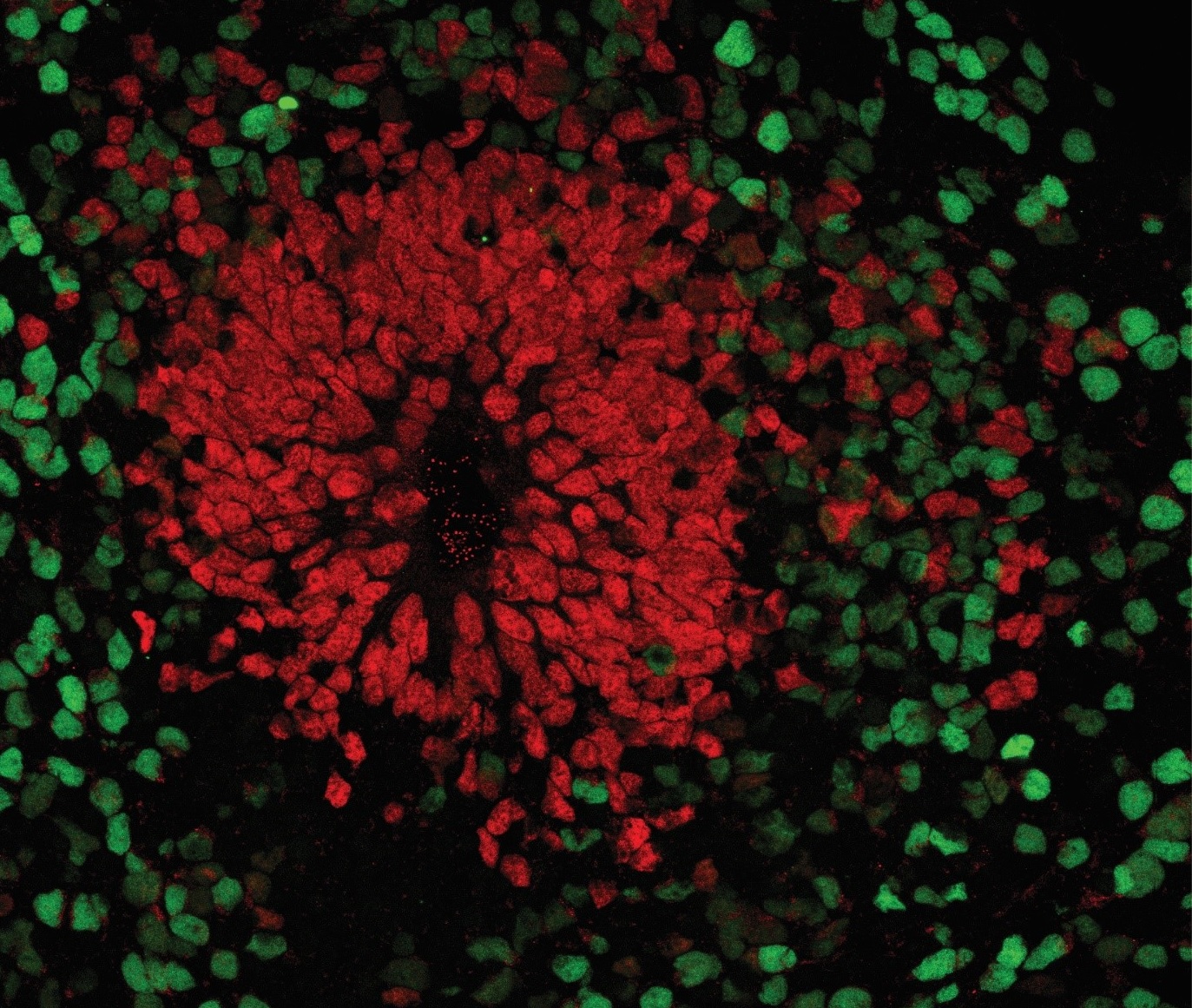 Until a few years ago, research on human brain development disorders was very limited. The main obstacle to this type of research was of ethical nature, as accessibility to vital human brain tissues was scarce. Controversies linked to the use of human embryonic cells or through the harvest of cells from human vital tissues, was the main cause of the shortage of human samples available for research (1).

The solution to this problem came only a few years ago, thanks to the discovery of cellular reprogramming. In biology, reprogramming is a process that remodels the epigenetic state of somatic cells (cells already specialized in a specific function), bringing them to a state of pluripotency, referred to as an “induced stem cell”. Indeed, thanks to the exposure to reprogramming factors, the “Yamanaka factors” (named after the scientist who developed the method), we are now able to reprogram somatic cells, whether it is from the skin or from blood samples, and to bring them back to the stem stage (1, 2). With this, it is possible to produce a large variety of important specialized cells, of use not only for brain development studies, but also for research on many other diseases.

Together with animal testing, the use of in vitro human stem cells in biomedical research has led to innovations in the field of neurodegenerative disorders and neurodevelopment. The study of neurons derived from induced stem cells taken from patients, has allowed us to investigate new aspects of human neural development disorders, such as autism spectrum disorder and the tuberous sclerosis complex, diseases that afflict solely the human population. In particular, the study on 2D cultures led to new insights into how human neurons develop and mature to functionalities that resemble those found in vivo. Despite the great utility 2D cultures have had in the study of neurodevelopmental diseases, these techniques are limited in reproducing the cytoarchitecture of a developing human brain.

And this is where brain organoids come into play. These are an alternative to 2D cultures that aim to overcome the aforementioned limitations. The 3D culture method is based on the intrinsic ability of stem cells to self-organize during differentiation into neurons or other types of specialized cells. However, this differentiation does not occur on a surface, as in 2D cultures, but in an environment that allows it to develop freely in all directions with the support of an extracellular matrix (3). These cellular aggregates that float in the medium are therefore able to reproduce some of the specific structural characteristics of the development of the human cortex: separation into distinct cortical layers with a high variety of cell types; neuronal migration, a fundamental process for the formation of cortical layers; and above all, the functional maturation of neurons (1).

Human brain organoids are nowadays considered a valid alternative to animal experimentation since this model is able to cover the gap that is present between animal and human physiology. This difference is particularly accentuated when it comes to studies on human neurodevelopmental diseases.

Indeed, the development of brain structures, as well as the development of the mechanisms linked to the maturation of the brain and the behaviours that are their direct result, may turn out to be more complex or completely different when comparing laboratory animals to human beings. Therefore, caution must be exercised when observing findings regarding human neurodevelopmental diseases in animal models. Using brain organoids as human in vitro models would cover, albeit not completely (since complex behaviour cannot be tested in organoids), the void present between animal models and humans.

To conclude, brain organoids are cultures capable of reproducing the early developmental stages of neuronal development. With time and with the improvement of this technique, this model can make huge contribution in the study of the mechanisms that lead to the maturation of a human brain, helping us understand how to control and treat neurodevelopmental diseases.